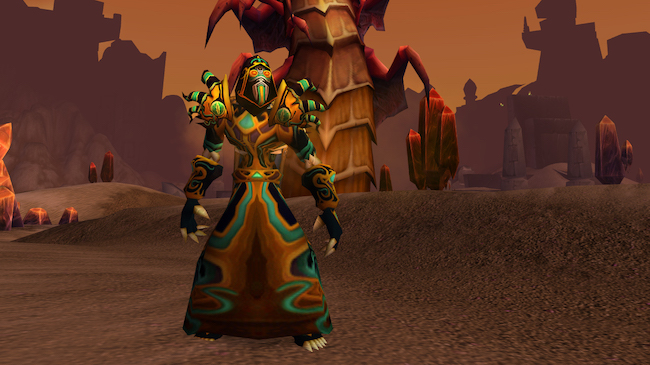 Ethereum is the blockchain behind the cryptocurrency Ether and NFTs as well. It was created by a programmer named Vitalik Buterin who was inspired by the realization of “the horror that centralized services can bring”. And what triggered that moment of Damascene insight? It was 2010 of World of Warcraft’s warlock nerf.

“I happily played World of Warcraft during 2007-2010,” Buterin wrote in his book. Curriculum Vitae, “But one day Blizzard removed the damage element from Warlock’s beloved Siphon Life spell. I cried myself to sleep, and that day I realized how terrifying Central Services can bring. I quickly decided to quit.”

From there, Buterin got into Bitcoin, “He started writing for a blog called Bitcoin Weekly at first at a simple wage of $1.5 an hour, and Mihai Alisie soon co-founded Bitcoin Magazine.” He left university to focus on cryptocurrencies, came up with the idea of ​​Ethereum in 2013, and thus was in charge of NFTs, digital certificates of authenticity that, like everything backed by cryptocurrency’s Proof of Work security systems, are incredibly power-inefficient.

Many of us have been influenced by a strategy we rely on as the ‘OP’ and have been struck by the nerf. Few of us later cry ourselves to sleep, quit the game, and then devote the rest of our lives to an idiot pyramid scheme that contributes to an environmental crisis and a shortage of graphics cards, art theft, and it ends up being Banned in China.

This story was recently highlighted by Twitter Tweet embed And Tweet embed, who wrote, “I’ve played war as a major party for 17 years and it hasn’t made me want to omit the rainforests.”