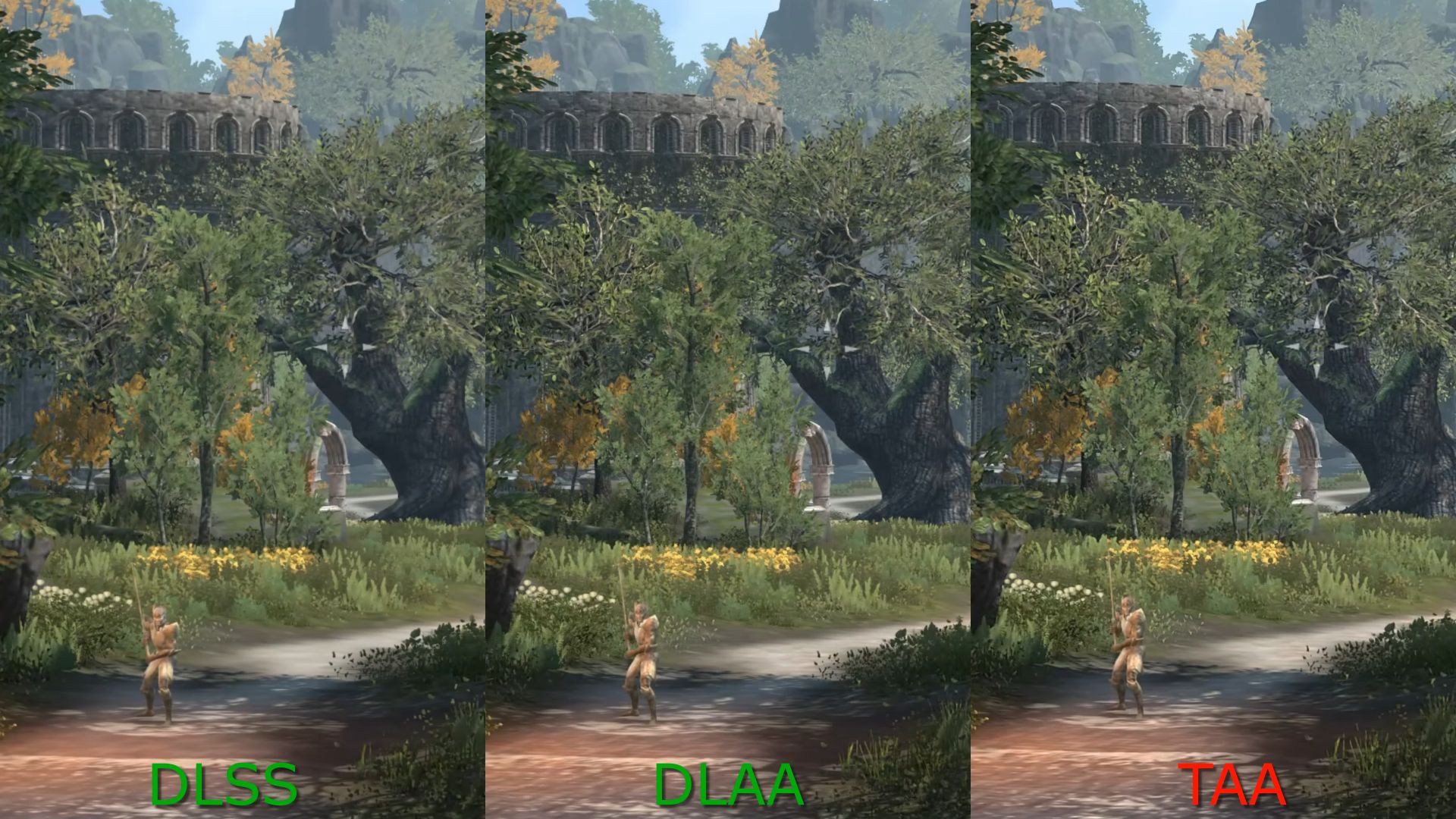 A week ago it was announced that The Elder Scrolls Online will be the first game to be boasted about Nvidia’s Deep Learning Smoothing. The technology is based on the same idea as Nvidia DLSS (Coming to The Elder Scrolls Online at the same time), rather than just improving performance, DLAA uses AI upscaling to improve image quality – reducing jagged edges while playing at native resolution, DLSS playing games at lower resolutions and using upscaling to make them less visible.

DLAA and DLSS are streamed live on ESO’s public test server, and MxBenchmarkPC has some picks comparing both to the usual temporal anti-aliasing. The video above was captured on a GeForce RTX 3080 at maximum settings, with motion blur and depth of field disabled.

If you’ve been staring at those shots and having a hard time telling the difference between TAA and DLAA, you’re not alone. Shadows look a little better with DLAA at the cost of some blurring, perhaps? The difference becomes more noticeable when walking toward the stairs. Start the video here And you’ll see a moiré flicker with TAA absent with DLAA. Whether this is worth the 8% frame rate at which it drops is a question that only you can answer.

DLAA doesn’t seem to do much for ESO’s shades, and it’ll be more interesting to see what it looks like in non-MMO games from 2014 once support for it spreads.