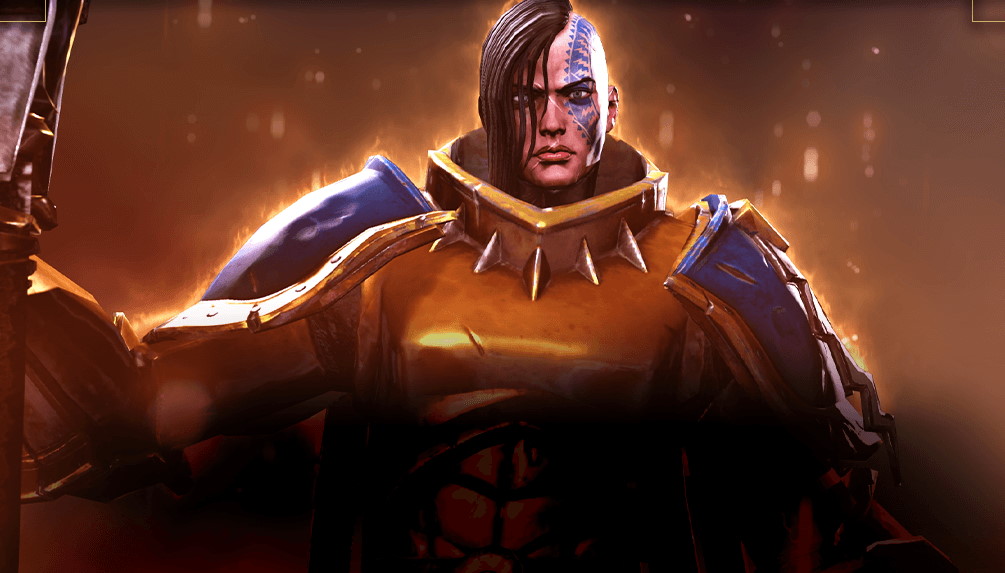 We confirmed earlier this year that the upcoming turn-based strategy game Warhammer Age of Sigmar: Storm Ground he is Not a blackjack, A point we felt was necessary due to the trailer depicting units as tags. Publisher Focus Home Interactive explained at the time that “cards only represent units in the game menu” and are not part of the gameplay – and in that respect, there will be no exact transactions in the game.

Today we took a closer look at the gameplay in Storm Ground, and sure, while there are cards that represent units and heroes, the game itself is all a hexagonal-based isometric strategy, with all the intricacies you’d expect. The video features a small force of Stormcast Eternals challenging the Nighthaunt’s army in a mid-game battle: the player is in a difficult situation thanks to losses incurred earlier in the campaign, but he still has some cards to play (so to speak) including a large number of upgrades available and some Potential terrain advantages.

Once the mission is completed and the Knight of Shrouds has been successfully sent, the video concludes with a look at the Storm Ground’s rewards system, which gives players access to new customization options and gear as well as a dive into the knowledge that underpins the game – that’s Warhammer, after all. Interestingly, the maximum XP in each mission isn’t necessarily the optimal strategy: Storm Ground features a roguelike campaign and if it dies, you’ll start over. Sometimes it’s really better to get the job done and move on with your life.

Warhammer Age of Sigmar: Storm Ground launched on May 27 on Steam, and you’ll have full cross-play support with console releases for Xbox One, PS4, and Nintendo Switch. Find out more at Focus-home.com.