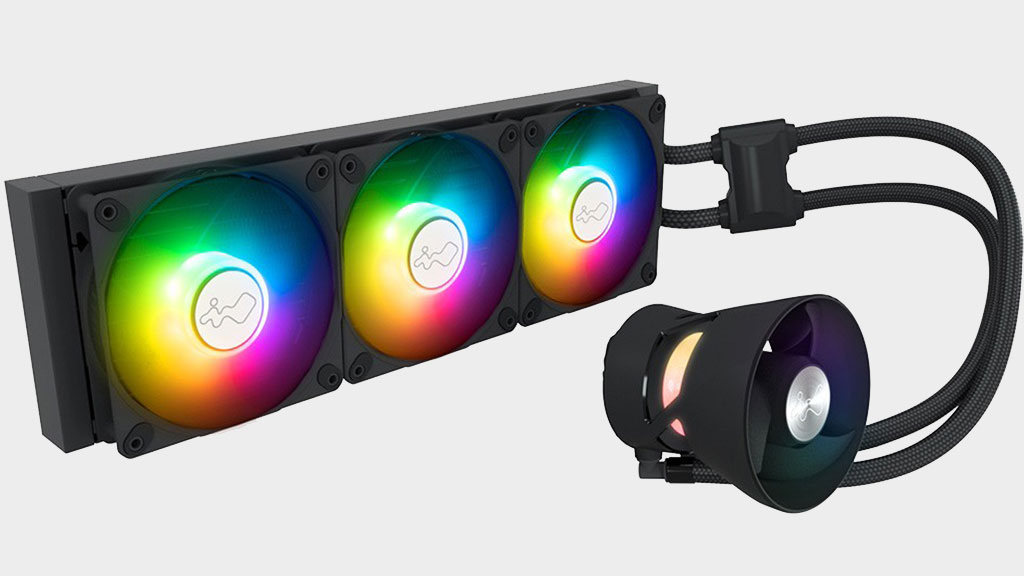 All-in-one CPU coolers come in many different designs and sizes, the most popular being between 120mm and 360mm. Some use 120mm fans while others use larger 140mm fans, and they have varying cable lengths, and some use RGB lighting while others don’t. However, what almost all of them have in common is one goal: to cool down your CPU. The latest AIO coolers from the InWin series focus primarily on that goal as well, but they’re also cleverly designed to cool the motherboard, RAM, and even an M.2 SSD in one fell swoop.

It aims to achieve this by using an additional fan on the water block. At first glance, I thought this was to keep the built-in pump cool, or to make the block extra cool and, by extension, the CPU underneath. I was wrong.

“The fan on the water block is designed to efficiently draw air to create fast airflow toward the UMA (upper motherboard area), and gain additional thermal performance for the VRM, memory, and M.2 SSDs,” explains InWin.

InWin claims its internal testing showed a drop of greater than 20 ° C in VRM (voltage regulator unit) temperatures with the block fan turned on versus no block fan. The goal of VRM is to convert the 12v power from your computer power supply unit to the appropriate voltage for your CPU, and deliver it cleanly. A powerful VRM setting can aid in overclocking.

Outside of VRM, InWin says its block fan reduces the RAM temperature by around 24 ° C, and the M.2 SSD temperatures by 33 ° C. The latter is especially interesting, because an SSD running cooler (and specifically, an SSD controller chip) can prevent the performance throttling that occurs during overheating.

We have not tested any of the BR series coolers to see if our results match or close to our InWin test. So all I can say right now is that these are bold claims.

The coolers work with all modern plugs from AMD and Intel, and are backed by a three-year warranty. Pre-orders will open on June 7th in Europe. Pricing sits at 130 € for the BR36 And the 110 euros to buy BR24It is expected to be shipped between 17-30 June. There is no information yet on when it will be available in the United States and other territories.