A lot happened in a realm Final Fantasy XIV Last night. While many of us were comfortable in our beds or relaxing (sorry, Tim!), Square Enix blew the lid on the next expansion of the game, Endwalker. Trailers, New JobsAnd the More Cities, And the release date All of them are out of the show. It was a good night for the game fans. However, with all the hype and hype, some small but charming news might have been missed. Square Enix put up an art gallery, and one of the pieces consisted of the mega Lego project. University of Tokyo alumni re-create a metropolis from Final Fantasy XIV: Shadowbringers, Crystarium, to majestic Lego dioramas. And they posted a video of how they did it.

Growing up, I loved creating Lego projects – but those tacky planes and trucks pale in comparison to this. In the video, we see a UT Lego club graduate start the project by mapping it on a computer. After completing the plans, they laid them out by projection and began building the foundation. Who knows how long this project took, but looking at the end results, I say it wasn’t overnight. Shout at the orange brick removal tool in the video. I bet that was well used.

The video lasts all but three minutes, and shows fast forward progress. Around the 2:50 mark, LEGO City Hub Final Fantasy XIV: Endwalker Finally they start working together. After installing the main pieces, the team begins decorating with the lego trees, bridges, and finally the starry background. There are also LED lights, just to make it beautiful.

According to our site Siliconera sister siteThe entire piece consists of more than 200,000 LEGO pieces. You can check more fancy photos at The site of the art exhibitionOther Final Fantasy fans have shared some great screenshots submitted to Photo Gallery.

For more Final Fantasy XIV: Endwalker-Make sure you check out all Our comprehensive coverage (Thanks, Tim). 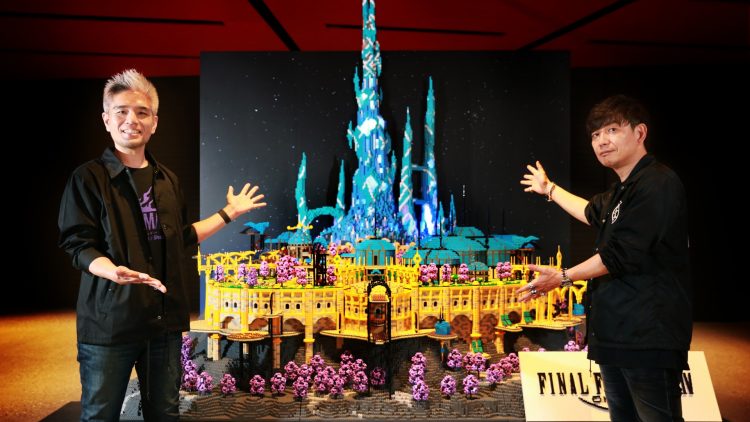